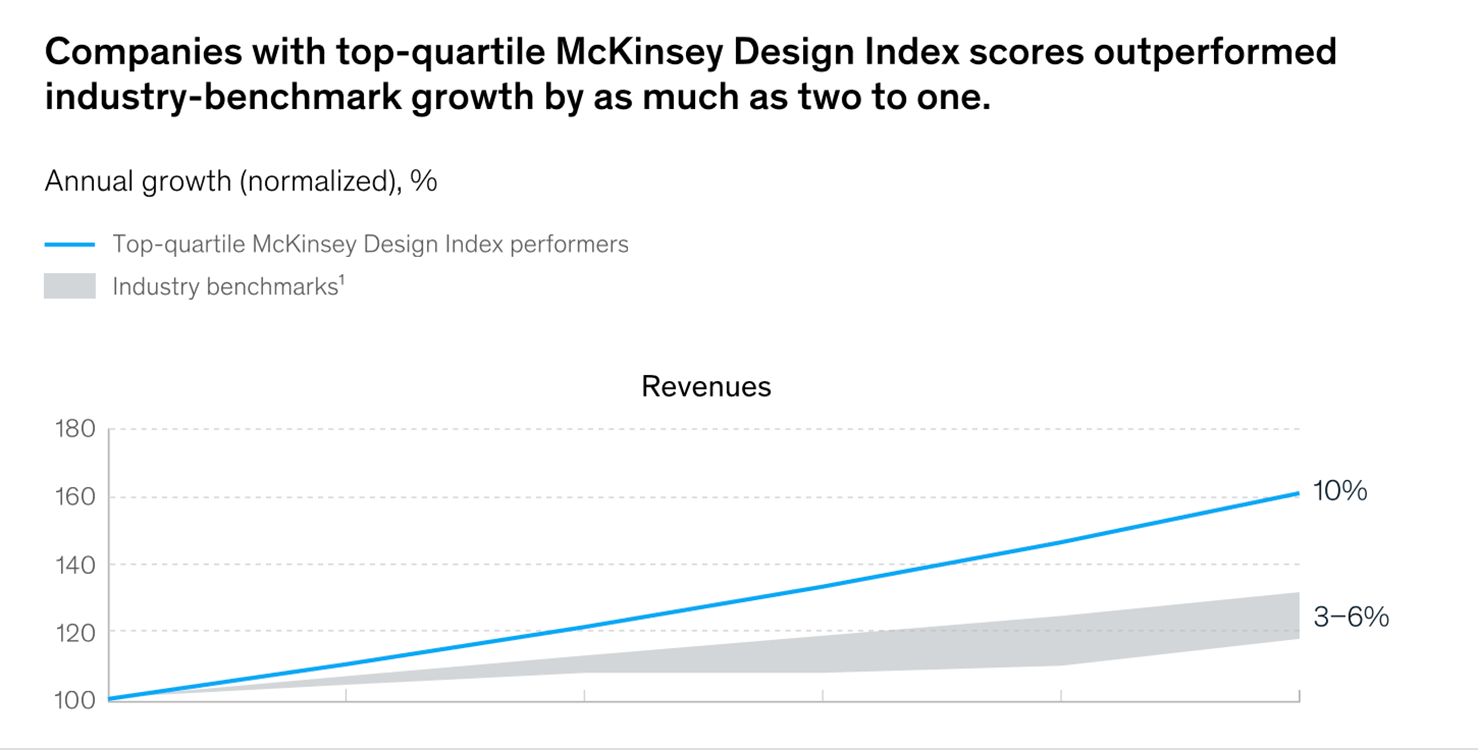 5 UX Buzzwords We Need to Retire

Findings from industrial and cognitive psychology in the 1950s helped lay the foundation for today’s human-centered design practices.

When I first began my formal UX studies, I was surprised to learn that the field of usability actually predates the widespread use of computers. Like many people, I had assumed that user experience was simply an outgrowth of society’s increasing reliance on digital technologies.

Not so. Findings from industrial and cognitive psychology in the 1950s helped lay the foundation for today’s human-centered design practices. For example, during World War II, usability pioneer John Karlin began his work on how sound influences task performance. His later research on the optimal design of telephones, at what was then Bell Labs, explored everything from cord length to the layout of the dial and, later, keypads. His work continues to influence our day-to-day interactions with common objects. Paul Fitts’s experiments in the 1950s resulted in Fitts’s Law, which gave UX designers an understanding of the relationship between movement, target object, and distance that we still cite.

Many of the buzzwords that organizations use most frequently in UX job descriptions do a disservice to both usability professionals and the way nonpractitioners perceive the field of User Experience.

So, if User Experience originated decades ago, why do so many still misunderstand it? As the 20th century closed and the 21st began, people were increasingly, though not exclusively, associating UX design primarily with screen-based behaviors. For some, perhaps the drift toward digital technologies has meant stepping away from the study of people and how they interact with physical objects in particular settings. Instead of designing experiences, we began designing user interfaces.

Therefore, my hypothesis is that the evolution of technology has resulted in the oversimplification of some people’s view of User Experience—and the prevalence of common buzzwords may be a symptom of this.

Unfortunately, many of the buzzwords that organizations use most frequently in UX job descriptions do a disservice to both usability professionals and the way nonpractitioners perceive the field of User Experience. Now that more organizations are recognizing that User Experience—and the larger practice of human-centered design—is essential to success, this is an opportune moment to re-examine our expectations of what User Experience is—and what it isn’t. To that end, I propose that the following five buzzwords need to go:

It is not reasonable to put UX designers in a position where they must continually convince their teammates, colleagues, and the organization at large of their professional competence.

Asking UX designers to defend their design choices contributes to the perception that designers lack credibility. It literally puts them on the defensive. I cannot quickly think of any other occupations—aside from linebackers on football teams and trial attorneys—for which the ability to defend is an expected part of their professional duties.

Of course, it’s reasonable to expect UX designers to articulate their rationale for a design solution. Of course, designers should expect their stakeholders to question their decisions and be prepared to answer their questions. Skilled UX designers understand how they can contribute to the overall success of the business strategy and can provide metrics to show the impact of their work.

But it is not reasonable to put UX designers in a position where they must continually convince their teammates, colleagues, and the organization at large of their professional competence. If a designer’s competence truly were in doubt, the organization shouldn’t have hired that individual in the first place. Furthermore, if the organization doesn’t understand what User Experience is or how it can be beneficial, it is incumbent upon them to educate themselves on these topics before bringing in UX designers.

Expecting a UX professional to be an evangelist can convey the sense that any person in this role would also need to convert skeptical or unreceptive audiences….

Perhaps the flip side of the coin from defend, is the buzzword evangelist. This is another buzzword I frequently see in UX job descriptions. In contrast to the adversarial connotations of the word defend, expecting a UX professional to be an evangelist can convey the sense that any person in this role would also need to convert skeptical or unreceptive audiences, but from a lofty pedestal.

Evangelists, perhaps unintentionally, are often cast as someone who is in the minority—a solitary voice advocating or championing the need for User Experience to get a seat at the table. In reality, both the evangelist and the UX designer who is on the defensive are in the unenviable position of proving something to others and persuading a perhaps unreceptive audience to take a different course of action.

While persuasion is certainly part of the designer’s skillset, it is not and should not be the designer’s primary focus. The work of designers is to design. Successful companies don’t rely on UX designers alone to serve as agents of change.

Years before digitalization and, more recently, the COVID-19 pandemic disrupted economies around the world, business models and management strategies from the 20th century had become obsolete. To quote Marty Neumeier in The Designful Company:

“The central problem of brand-building is getting a complex organization to execute a bold idea. It’s as simple and as vexing as that. First, you have to identify and articulate the right idea. Next, you have to get hundreds or even thousands of people to act on it—in unison. Then you have to update, augment, or replace the idea as the market dictates.”

Just add a seat for design at the table already! Many other organizations have. In fact, McKinsey & Company research suggests that the most design-centric organizations have a significant competitive advantage, as Figure 1 shows.

Describing someone as a unicorn creates unrealistic expectations for that person’s skills and expertise….

While User Experience is powerful, it is not a silver bullet. UX designers do not usually work miracles. We are not creatures of myth and legend. So I become uneasy when I see UX job postings that say an organization is looking for a UX unicorn.

The problem with unicorns is that they just don’t exist. I know because I’ve tried to be one—and I wasn’t very successful.

From the outset, describing someone as a unicorn creates unrealistic expectations for that person’s skills and expertise—even when you’re using the term in a tongue-in-cheek manner. User Experience encompasses many professions—from information architecture to usability research to user-interface design. No single person is equally adept—not to mention interested—in all of these specialties.

Furthermore, the catch-all nature of being a UX unicorn—and people’s expectation of your being all things User Experience equally—creates innate, competing priorities. This makes it difficult, if not impossible, to prioritize your work, focus on areas that require more time and attention, and deliver the most value to a project.

Do not look for UX unicorns. Instead, identify the skills you need for a project, then find UX designers who have those skills. The result will likely be happier—more productive—humans all around.

Rather than thinking of UI design and User Experience as equivalent … organizations must understand how both contribute to successful design solutions.

Of course, user-interface (UI) design and UX design are related. However, these terms are not interchangeable. When I see company’s job descriptions conflating these two professions, I immediately suspect either naiveté or wishful thinking.

Rather than thinking of UI design and User Experience as equivalent—or in opposition to one another—organizations must understand how both contribute to successful design solutions.

The final buzzword on my list buzzwords to avoid is thought leader, which seems to have emerged more recently than the other four. Perhaps as associations for UX professionals formed—for example, Human Factors International, in 1981; User Experience Professionals’ Association, in 1991; and the Interaction Design Foundation, in 2002—so too did the recognition of authority and expertise within the field of UX design.

In and of itself, that trend is welcome and necessary. What is less helpful is the overuse of the term thought leader, making it meaningless, or the application of the term thought leader in circumstances where it is inappropriate for a role. Do you really need to fill a junior or mid-level design position with a thought leader? If UX professionals who really possessed those credentials were to accept such roles, would there be any latitude for them to apply their expertise within the company? The likely answer to both of these questions is no.

If you genuinely need a thought leader, by all means seek such a person’s advice and be prepared to seriously consider acting upon it. If not, resist assuming that all UX designers should be—or want to be—thought leaders.

Organizations’ expectations regarding the outputs of UX design do not always align with the realities in which UX designers typically work. Unhelpful buzzwords can contribute to people’s misperceptions about what usability and UX professionals can and cannot do for their organization.

UX design is not a siloed function in the rarified realm of unicorns. It is not a questionable practice in need of either defenders or evangelists. Nor does it solely concern pixels, colors, and user interfaces.

The work of UX designers is design. The challenge for their partners on product teams and for their other stakeholders is to trust them enough to let them do their work.

Thank you for this! I’m a defending evangelist, and you are spot on. 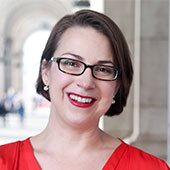 Amy loves working with organizations to solve complicated problems. She believes that every day is a chance to use design to make something a little bit—or a lot!—better. Over her career, she’s worked with nonprofits, federal agencies, professional-services firms, and a Fortune 500 retailer. Some of her favorite projects: designing a chatbot to help provide information to the public about opioid abuse and creating an exhibition Web site and social-media channels for the world’s largest collection of Shakespeare materials. Amy enjoys talking shop and learning from other UX professionals. In addition to writing for UXmatters, she has presented at several conferences, including Customer Contact Week 2019, IA Summit 2018, and UXPA DC 2017.  Read More

Other Articles by Amy Arden

Other Articles on Hiring UX Professionals