Putting people at the center of design

This column, Universal Usability, will explore the social benefits of human-centered design and ways in which we can create better conversations that include more people.

In our rush to solve the technology challenges, it’s too easy to forget the people for whom we are, after all, creating these systems in the first place.

I’m writing this while listening to news reports and public discussion about the aftermath of hurricane Katrina. The thought that keeps running through my head is this: the real disaster was not the storm, but our response to it.

The work of planning for crisis response may seem mundane. Long before a catastrophe, officials must prepare emergency and evacuation plans. To be ready for a disaster, they must make arrangements for essential needs like transportation, food, and shelter. This real-world, logistical planning is a lot less exciting than working on cutting-edge, high-tech systems like data mining for surveillance, but people’s lives depend on its being done well. Once a crisis occurs, officials must respond quickly, making and communicating the right decisions, organizing volunteers, and transporting supplies. And they need systems—both online and off—that help them do just that. We won’t know what really happened in the aftermath of Katrina for a while, but my guess is that people far from the daily reality of crisis response were seduced into thinking that technology could supply all the answers.

Technology can help, of course. In The World Is Flat: A Brief History of the Twenty-First Century,

Thomas L. Friedman wrote about the software that lets Wal-Mart stockpile building supplies near an area before a hurricane strikes. Of course, this requires that the people in charge have the information they need to make the decisions that set the supply chain in motion. Those managers may interact with software, but the end result is supplies on trucks, heading where people need them.

How does all this connect to a user experience professional? The crisis response to Katrina was a big disaster. A large, complex system of people, policies, and technology went publicly and horribly haywire. It’s worth thinking about. Smaller systems go wrong all the time for very much the same reason: in our rush to solve the technology challenges, it’s too easy to forget the people for whom we are, after all, creating these systems in the first place. And that reality is central to the premise behind this column.

Saying that people are the focus of user experience is stating the obvious, but when we are deeply engaged in our own work as user experience designers, it can be difficult to constantly remember to keep people at the center of design. For most of us, it’s hard not to get caught up in the skills and techniques that the technologies we work with require and even harder not to want to use technology to solve problems. But as user experience designers, we need to keep our eye on people. Unless you are working on a participatory design project, your users are at least one step away and out of sight can easily become out of mind.

Unless you are working on a participatory design project, your users are at least one step away and out of sight can easily become out of mind.

In this column, I’ll explore how people and technology fit together and how this intersection succeeds or fails. When the fit is bad, it is often because products—and their designers—have failed either to

There are lots of examples of the first problem—evidence of how we get it wrong. A recent example comes from the Denver Airport, which is quietly mothballing its much-heralded computerized baggage-handling system to “put people back in charge.” One expert who has studied the sad-sack arc of baggage movement in Denver said that the designers had invested too much belief in the wizardry they thought was at their command. According to Richard de Neufville, an expert on civil engineering quoted in a New York Times

article, “It wasn't the technology per se; it was a misplaced faith in it. The builders had imagined that their creation would work well even at the busiest boundaries of its capacity. That left no room for the errors and inefficiencies that are inevitable in a complex enterprise.”

In her book Interaction Design for Complex Systems,

Barbara Mirel looks at the process of understanding and designing for rich complexity. Along the way, she shares some case studies of projects that were less than successful, such as a clinical system that a hospital designed to reduce errors in giving patients their medications. Unfortunately, this system expected nurses, dealing with a busy hospital, to work like clockwork, with no delays or other slips. It all reminds me of Charlie Chaplin’s movie Modern Times.

Charlie’s tramp is used as the subject of an experiment with an automatic feeding machine, which is intended to let factory workers stay at their posts during meals, but which, inevitably, runs out of control.

Universal usability … is an approach to design that starts from the understanding that users are a broad range of people—not just the young, physically fit, technologically sophisticated, and highly connected—and has as its goal creating products that are more universally usable and that provide better experiences for more people.

The second problem, designing for diversity, led me to one of the more interesting user experience design philosophies that emphasizes thinking about people: universal usability, or universal design, from which I’ve taken the name for this column. This is an approach to design that starts from the understanding that users are a broad range of people—not just the young, physically fit, technologically sophisticated, and highly connected—and has as its goal creating products that are more universally usable and that provide better experiences for more people. This does not mean that products must have a bland, one-size-fits-all design that ignores the richness of cultural differences and users’ personal preferences.

Since I invented neither the term nor the concept, here’s a definition from an early project at North Carolina State University’s Center for Universal Design,

where Ronald Mace, an architect and designer, devoted his career to creating accessible products:

“Universal usability is the design of products and environments to be usable by all people, to the greatest extent possible, without the need for adaptation or specialized design.”

The Principles of Universal Design

The Center for Universal Design

Notably, this work was funded not by computer science, information technology, or even human-computer interaction projects, but by the National Institute on Disability and Rehabilitation Research. Others have carried on the work, including Greg Vanderheiden at the Trace Center

at the University of Wisconsin. More recently, Ben Shneiderman

and others in HCI have taken up the challenge, supporting research and publications on universal usability. A new book by Sarah Horton, Access by Design: A Guide to Universal Usability for Web Designers,

A set of principles that The Center for Universal Design originally published in 1997 includes both cognitive usability and physical ergonomics considerations, making them appropriate for use with any type of product or service and a good starting point for designing a more usable world.

As a group, the user experience community has struggled with the big versus little debate, trying to understand both the specific skills that each discipline contributes and the larger goals of creating excellent experiences. The discipline of usability is no exception. As Ben Shneiderman put it in an interview on AARP’s Older, Wiser, Wired site, “Usability with a capital U focuses on the total user experience, from reliability and system response time, to the content and the benefit to the user. For us, the design process should begin and end with a focus on the user.”

I view a user experience as a conversation between people separated over the distance of time. At one end of that conversation are those who create the product; at the other, the people who use it. In between is the product itself—with a design that either helps or hinders; creates a barrier-free interaction or shouts in an unfamiliar language. Because this conversation does not happen in real time, we are not there to smooth over the rough spots and make sure that we have spoken clearly. Instead, we have to build our understanding of those users into every aspect of the design, by putting people—users—at the center of the design process.

Friedman, Thomas. The World Is Flat: A Brief History of the Twenty-First Century. New York: Farrar, Straus and Giroux, 2005.

Bravo Whitney for your leadership on this topic. How can we anticipate potential disasters like Katrina and get involved as professionals. Can we promote universal usability as a way of thinking of socio-technical systems so all stakeholders can participate effectively? Disaster response, environmental monitoring, voting, medical error prevention, etc…. where can we be proactive?

Co-founder of Center for Civic Design 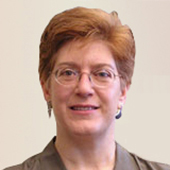 Whitney is an expert in user research, user experience, and usability, with a passion for clear communication. As Principal Consultant at Whitney Interactive Design, she works with large and small companies to develop usable Web sites and applications. She enjoys learning about people around the world and using those insights to design products where people matter. She also works on projects with the National Cancer Institute / National Institutes of Health, IEEE, The Open University, and others. Whitney has served as President of the Usability Professionals’ Association (UPA), on the Executive Council for UXnet, on the board of the Center for Plain Language,and as Director of the UPA Usability in Civic Life project. She has also served on two U.S. government advisory committees: Advisory Committee to the U.S. Access Board (TEITAC), updating the Section 508 regulations, and as Chair for Human Factors and Privacy on the Elections Assistance Commission Advisory Committee (TGDC), creating requirements for voting systems for US elections. Whitney is proud that one of her articles has won an STC Outstanding Journal Article award and that her chapter in Content and Complexity, “Dimensions of Usability,” appears on many course reading lists. She wrote about the use of stories in personas in the chapter “Storytelling and Narrative,” in The Personas Lifecycle, by Pruitt and Adlin. Recently, Rosenfeld Media published her book Storytelling in User Experience Design, which she coauthored with Kevin Brooks.  Read More

Other Columns by Whitney Quesenbery

Other Articles by Whitney Quesenbery