Using Neuroscience to Inform Your UX Strategy and Design

Neurodesign is an approach that lets you look at the brain triggers behind good customer experience and use them to help you make better informed design decisions based on customer behavior, human trends, and overall customer or company interactions.

Finally, the corporate world is catching up with UX fanatics. Companies are hiring UX designers and UX strategists like crazy. As these UX professionals complete projects, many organizations are happy with the new software they’ve created, but they haven’t necessarily learned why and how they can continue to implement better user experiences in the future.

The core of neurodesign lies in understanding who the target user is in detail—not just making assumptions. Neurodesign requires that you do behavioral and contextual research before making decisions about a project’s key priorities. By conducting non-judgmental, non-leading interviews at the beginning of a project, team members can gain true customer insights from the positive and negative experiences of the customer. By doing neurodesign research, both a business and its design team can increase their empathy for users.

Observing the customer journey, it is possible to analyze what is going on for users at a cognitive level and recognize opportunities for improvement.

Observing the customer journey, it is possible to analyze what is going on for users at a cognitive level and recognize opportunities for improvement. The brain comprises three major parts: the brain stem, or croc brain; the limbic system, or emotional brain; and the neocortex, or logical brain. Of these three brains, it is the prefrontal cortex within the neocortex that differentiates humans from any other species. This is the brain that understands text, logic, rationalization, and complex emotion. It is also the baby brain.

The brain stem is 300 million years old and regulates base functions like breathing, safety, and core body functions. The limbic system is 200 million years old and is the hub of reactive functions like emotions. The neocortex is a mere 200,000 years old, interprets conscious thought, and introduces logic. The prefrontal cortex, the human brain, is only 30,000 years old and is what differentiates humans from other species, because it gives us reason and intellect. The two older brains respond only to non-verbal cues and don’t understand text.

So, given that the majority of our brain reacts to stimuli other than text, why do so many companies focus solely on the textual content on their site rather than on how their site sets up exchanges of energy and information?

Every second, our senses are scanning over 11 million bits of information, but only 40 of those bits are in the conscious realm. Thus, it is not logic and reasoning that decide what constitutes a good customer experience. Using neurodesign, a company has the ability to create experiences that cater to our older brains and make people not only think, but feel good.

Starbucks: An Example of Successful Neurodesign

The Starbucks mobile app, shown in Figure 1, does a good job of appealing to multiple senses to bring enjoyment to its users. It lets users pay for their orders through a scan of their phone, using a pre-paid account. By understanding contextually how users take advantage of technology, Starbucks has managed to create an application that uses multiple senses to trigger connections with our older brains. Think about it. Users make their order verbally, then physically reach into their pocket and scan their payment, Customers already have a relationship and even an emotional connection with Starbucks because they have previously filled their card. These triggers create a connectedness to the brand and improve the customer experience.

The Starbucks app also allows customers to store a list of their favorite drinks in their phone. This personalization gives people a feeling of ownership over their choices and assures them with certainty that they’ve made their order correctly. Once they’ve set up this list of their personal favorites, they can place an order wirelessly ahead of time, then go to the head of the line at Starbucks to pick up their drink, saving them time and giving them social aggrandizement or status.

In addition to accessing the senses, Starbucks has also addressed some of the basic human conditions that motivate our social behaviors.

The first motivation of social interaction is to minimize threats and maximize rewards—the old fight or flight analysis.

According to the SCARF theory, the brain constantly looks for five key things:

When products or services fulfill these basic needs, users have a great experience.?When companies consider these needs as they design an application, they have an opportunity to better connect with users.

Here are some examples of how Amazon fulfills the basic social needs of its customers through neurodesign:

As Figure 2 demonstrates, my home page makes it clear that Amazon considers my business important enough to provide recommendations based on other items I have purchased. Most companies do not immediately offer that information.

As Figure 3 shows, by offering us a list of related items other customers have bought, Amazon gives us relatedness to other people, making it feel safer to purchase other items. This list offers some possible pathways to follow.

Our brains are hard-coded to want to fit in. By offering other peoples’ reviews of products … Amazon fulfills our social needs by understanding our connectedness with other people.

Our brains are hard-coded to want to fit in. By offering other peoples’ reviews of products, as shown in Figure 4, Amazon fulfills our social needs by understanding our connectedness with other people. Believe it or not, the more reviews for a product the better—even if they are bad reviews.

When Amazon shows a product’s list price, their price, and your savings, they’re communicating to our brains that they are acting fairly.

Mirror neurons … may be important for understanding other people’s actions and learning new skills by imitation.

Yet another significant principle of neuroscience is that of mirror neurons, which may be important for understanding other people’s actions and learning new skills by imitation. It was only in the late 90’s that neuroscientists discovered that experiences actually change the structure of the brain. Prior to this discovery, the scientific community had thought that, once the adult brain had formed, it would never change.

Mirror neurons work to create a perception of experience. Once these have formed, the brain automatically expects the same outcome from the next similar experience. Think about the way mobile applications have changed software design. When a user knows how to use a Web application, then switches to the corresponding mobile app, they expect the experience to be similar. Their mirror neurons are immediately at work, planning to repeat the same outcome.

Let’s look at LinkedIn as an example. When people go from the Web version to the mobile version, they expect the experiences to be similar. Although the organization of the mobile app might be different, its architecture is very much like that of the Web application. It’s easy to see status updates, make connections, see current news, and check on who has viewed your profile lately. This lets users’ mirror neurons proactively stand aside and proclaim the experience as safe—minimizing threat response.

Neuroplasticity, a neural mechanism that changes the brain, gives companies the opportunity to adapt their interactions to their customers. To understand how this works, think of a tree. Depending on the amount of sun or rain falling on the tree each day, the branches slowly change their structure to maximize the amount of sun and water they can take in. Likewise, through our daily experiences, our brains change slowly.

If we apply neurodesign principles to the design of applications, neuroscience research informs our decisions about what transactions are most important to users in a given context. This allows UX designers and companies to create apps that garner positive perceptions. Over time, these perceptions change the structure of people’s brains, making them feel more deeply connected to a brand.

Understanding the deeper neurological and instinctual needs of users allows UX ?designers to create software that is intuitive and supportive, providing a great customer experience. Using neurodesign lets companies understand why and how they need to continually evolve their interactions with customers.

Could you link to your source regarding mirror neurons? My understanding was that they were used in empathy and social interactions, allowing us to understand and mimic the actions of others, not as a method of setting expectations around non-human entities.

Not sure I agree with the Starbucks example. It is a cool app and all, but after using it a couple of times, I realized it was much faster to just use the card. :)

I also find your interpretation of mirror neurons quite flawed. There is precious little the scientific community knows about them. The only thing that’s for certain at the moment is that people who are observing users do something have a mirror-neuron response that is as if they were doing the action themselves. I am not sure on what you base your assumption that this would now prepare users for their next experience. Could you please link to the research that this claim is based on?

Which brings me to my other point: I do find that the UX community tends to over-simplify findings in neuroscience and often turns them into claims of why certain things are better than others. Splitting the brain into 3 areas and assigning design attributes to them, or claiming that the majority of the brain can’t read are examples of such oversimplification. I would like it if the UX community were a little more careful and, maybe, more aware of what they know and, more importantly, what they don’t know.

Agree with everything you guys said. A stellar article. In the business of Web design, it takes the focus on making the designers’ clients and users understand the basics that you have so clearly defined to be able to make money making Web sites.

I completely agree with the above statements about mirror neurons. The only proof right now that we have of them existing are electrode studies using primates. It has been shown that the same neuron will fire when a primate observes another primate doing a task as it will when they themselves perform that task. MRI studies can show that similar neural regions fire, but can’t fully predict the existence of mirror neurons in humans. 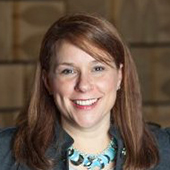 With a foundation in anthropology and neuroscience and more than 14 years of experience in software, Lori helps Fortune 100/1000 organizations achieve their business goals by understanding the science of good customer experience. Lori has researched trends and patterns for both customers and employees, by observing their behaviors within the context of actual business settings, transactions, and environments. By identifying and analyzing the positive and negative brain triggers that arise for customers, Neurodesign provides service design recommendations for both interactive and digital solutions—including applications for the Web, mobile devices, the desktop, and kiosks, as well as overall brand perception—based on neuroscience, user experience, and customer experience principles. Working globally, at agencies such as Draft WorldWide, Diego, and Universal Mind, Lori has worked directly in the field of user experience for the past five years. In addition to helping companies understand who their customers are, Neurodesign helps organizations to understand why and how they can improve their customer experience across all channels.  Read More

Other Articles on Human Factors Research