Why Emerging Technologies Are the Next Great Frontier for UX

By Jonathan Follett
No Comments

Emerging … technologies are the next great frontier for User Experience. … UX designers are bringing the expertise they’ve gained in creating digital and physical products to bear on new robotic and even biological products.

Robotics. Genomics. Synthetic biology. Such emerging technologies are today at the cusp of widespread commercial adoption and will have disruptive impact across industries—from agriculture to manufacturing and health to energy. These technologies are the next great frontier for User Experience.

Science, engineering, and design are percolating on solutions to many technological challenges. UX designers are bringing the expertise they’ve gained in creating digital and physical products to bear on new robotic and even biological products. For instance, at the Wyss Institute, cross-disciplinary teams comprising scientists, engineers, designers, business people, and other innovators are creating and commercializing bio-inspired products. Last year, the Bio/Nano Programmable Matter group at Autodesk created a synthetic bacteriophage and 3D printed the virus. The company, which is best known for its design and engineering software, is now working on a next-gen software platform for synthetic-biology design.

Designers are beginning to look beyond the screen to the rich world of interactions and user experiences they can create for a wide range of technologies.

Also working at this new intersection of design and science, Rethink Robotics has created Baxter, a collaborative robot for manufacturing, shown in Figure 1. The MIT Media Lab published the inaugural issue of Journal of Design and Science this February. Designers are beginning to look beyond the screen to the rich world of interactions and user experiences they can create for a wide range of technologies.

What Role Will Experience Design Play?

A design approach that incorporates humans into the technological mix, and vice versa, may not be all that foreign.

What kind of role will experience design play in these new fields? While the materials with which we’re designing may change—from bits and bytes to perhaps cells and proteins—a design approach that incorporates humans into the technological mix, and vice versa, may not be all that foreign.

It’s abundantly clear that many of these emerging technologies are already racing ahead of our ability to process and manage them on an emotional, ethical, and societal level. We may struggle with fear and loathing in reaction to genetically altered foods, the moral issues of changing a child’s traits to suit a parent’s preferences, the ethics guiding battlefield robots, or the societal implications of a 150-year extended lifetime. However, experience design can help facilitate humanity’s relationship with technology. For those asking “How can we do this?” designers may counter, “Why and for whose benefit?”

Over the coming decades, there will be little that humans can imagine that we won’t be able to do—from printing replacement organs to hacking our DNA or embedding computers in our bodies.

Just as design influences physical and digital products, it can and should do the same for biotechnology and other emerging areas of technology. Over the coming decades, there will be little that humans can imagine that we won’t be able to do—from printing replacement organs to hacking our DNA or embedding computers in our bodies. Experience design has a role to play in the adoption of such powerful, even miraculous technologies.

For context, consider that, when the World Wide Web first began to get mainstream adoption in the mid-to-late ’90s, there was little agreement around how design would or should intersect with the Web, the emerging technology of that time. I have a distinct memory of sitting in a Boston University computer lab in front of a glowing X terminal, exploring the then limited Web, using an early version of the Mosaic browser. At the time, digital-information technology seemed as strange to me as synthetic biology does now. Yet today, just a few decades later, there is a panoply of well-established design disciplines that cater to very specific areas of digital creation—from interaction design to visual design to front-end coding. Sure, it took some time to get here, and the transition from print graphic design to Web user experience wasn’t always pretty, but the evolution happened.

We are currently undergoing a period of technological advancement that will significantly alter the way we live our lives.

Now, let’s consider the historical context: We are currently undergoing a period of technological advancement that will significantly alter the way we live our lives—in much the same way as the Second Industrial Revolution in the United States did, when inventions such as electric power and the automobile first became prominent and helped shape our modern existence. Imagine the US at the turn of the 20th century: Transportation was largely on foot, by horse and buggy or wagon, or if you were going a longer distance, the railroad. Communication was via word of mouth, letters, or if something was really important and needed to be communicated over a long distance, telegraph. Electricity was largely non-existent. The inventions that would define the modern era were still confined to the imaginations of only a few people.

For example, Henry Ford once quipped, “If I had asked people what they wanted, they would have said faster horses.” But change came quickly and, by 1910, there were about half a million motor vehicles in the US—such as Ford’s Model T, shown in Figure 2. Just seven years later, there were close to 10 times as many—with registrations of cars and trucks in the US reaching 4.8 million.

What can we learn from the disruptive technologies that drove the Second Industrial Revolution? It’s worth considering that those technological changes altered many interconnected, interdependent systems. While some of the attendant changes were expected, many were unintended. For example, when the US adopted the automobile as our transportation of choice, we covered the wilderness with concrete and asphalt. Similarly, we sacrificed our natural resources—oil in particular—and soon polluted our atmosphere and environment. To facilitate the use of cars in cities, we also gave up much of our public space, our commons. Karl Jilg’s evocative illustration for the Swedish Road Administration, shown in Figure 3, drives this point home. It depicts city streets as yawning chasms where people dare not venture. The thin ribbons of sidewalk around buildings are the only places pedestrians can safely travel. The crosswalks that bridge these deep pits are rickety planks. Is this public space?

As experience designers examine and, hopefully, influence the creation of the next wave of technology, we should carefully consider whether we want to feed the all-too-familiar cycles of consumption and waste.

Synthetic biologists apply the principles of design and engineering to complex living systems, using nature and biology as their material.

What does interaction design look like when it’s employed, say, in the world of microbes? Synthetic biologists apply the principles of design and engineering to complex living systems, using nature and biology as their material. We can see how designers might influence this field through the work of Alexandra Daisy Ginsberg, a designer and synthetic biologist. As shown in Figure 4, the E.chromi experiment, which Ginsberg and her colleagues created, illustrates how we could engineer our microbiome—the bacteria that live on and inside us—in this case, to serve as an early-warning system, indicating whether water is safe by turning a bright color if they sense a toxin. We can imagine what this could have meant for a community like Flint, Michigan, if bacteria in the human gut were programmed to indicate the presence of lead in the drinking water. While it might take many years for synthetic biology to make design experiments like E.chromi feasible, the potential is there. It is important for us to begin to consider biology as technology that we can design—at both the genetic and human levels.

What does interactive clothing look like? In the fashion industry, textile design, chemistry, and interaction design are converging. Take, for example, Lauren Bowker’s gorgeous jacket from the Unseen collection, shown in Figure 5. Its appearance adapts to the environment. Because the material is treated with a liquid crystal that is friction responsive, the coat changes color depending on its surroundings.

Data—which is perhaps more familiar territory to digital UX designers—is intersecting with clothing as well. For instance, flexible sensor technology that is embedded into Reebok’s Checklight skull cap can help detect possible concussions in athletes. Medical professionals can download the data from the skull cap to a tablet, mobile device, or desktop computer. Here software and clothing design overlap in a significant, cross-disciplinary product effort.

The book … identifies nascent domains of user experience and gets down into the primordial ooze.

When O’Reilly Media published Designing for Emerging Technologies in 2014—shown in Figure 6—it was among the very first UX titles to examine the broad array of emerging technologies—such as genomics, robotics, and the Internet of Things (IoT)—from a design perspective. I was honored to serve as editor and lead author on the project. My co-authors were from innovative research institutions and design firms—both in the US and around the world—including Adaptive Path, Autodesk, Essential Design, Fjord, Intel, Involution Studios, MIT Media Lab, and Normative, among others.

In this collection of essays, designers, engineers, researchers, and scientists who are working with groundbreaking technology discuss their approaches to experience design. The compilation spans the technological spectrum from robotics to connected environments, 3D printing to synthetic biology, genomics to wearables. The book is neither definitive nor all encompassing, but represents a beginning—a combination of hard-won experience and vision. It identifies nascent domains of user experience and gets down into the primordial ooze.

If you’re a designer who is interested in a multidisciplinary practice, are flexible in your outlook, and can accept complexity and dissonant ideas, you may do well in the coming technological sea change….

To compete in the future, UX designers will draw inspiration from technological fields we’ve likely never before considered. We’ll break down boundaries to create experiences that are both beautiful and humane and incorporate design, engineering, and science. New forms of design will emerge from this multidisciplinary brew. If you’re a designer who is interested in a multidisciplinary practice, are flexible in your outlook, and can accept complexity and dissonant ideas, you may do well in the coming technological sea change—whether as a human-robot interaction designer or a system biologist for artificial organisms or whatever cross-pollinated mix of careers comes to be.

What does it mean to create products and services that have the potential to disrupt our society and our economy? Emerging technologies might very well require us to rethink and remake our interactions, our infrastructure, and maybe even our institutions. As we face a future that could inexorably change what it means to be human, UX design could help frame our interactions. And that’s truly a great frontier to explore. 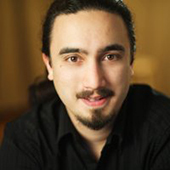 At GoInvo, a healthcare design and innovation firm, Jon leads the company’s emerging technologies practice, working with clients such as Partners HealthCare, the Personal Genome Project, and Walgreens. Articles in The Atlantic, Forbes, The Huffington Post, and WIRED have featured his work. Jon has written or contributed to half a dozen non-fiction books on design, technology, and popular culture. He was the editor for O’Reilly Media’s Designing for Emerging Technologies, which came out in 2014. One of the first UX books of its kind, the work offers a glimpse into what future interactions and user experiences may be for rapidly developing technologies such as genomics, nano printers, or workforce robotics. Jon’s articles on UX and information design have been translated into Russian, Chinese, Spanish, Polish, and Portuguese. Jon has also coauthored a series of alt-culture books on UFOs and millennial madness and coauthored a science-fiction novel for young readers with New York Times bestselling author Matthew Holm, Marvin and the Moths, which Scholastic published in 2016. Jon holds a Bachelor’s degree in Advertising, with an English Minor, from Boston University.  Read More

Other Columns by Jonathan Follett

Other Articles by Jonathan Follett

Other Articles on Technology Trends