The Problem with Personas and Some Solutions

Personas are also an excellent communication tool. A designer can effectively describe each design decision in terms of an experience outcome for a certain persona.

Personas, when they’re done right, can offer valuable insights into a typical user’s goals, behaviors, and aspirations, as well as highlight motivations and contexts of use. Above all, they provide a constant reminder that designers and others on a product team are not the users.

Personas are also an excellent communication tool. A designer can effectively describe each design decision in terms of an experience outcome for a certain persona. This provides clear context and clarifies the fact that a user’s goals and aspirations differ from the designer’s.

What’s Our Problem with Personas?

Personas are often under utilized and, thus, ineffective.

Well, not much—except when they gather dust on a studio wall rather than living inside a team’s heads.

Personas are immensely useful when they’re buttressed by sound field research. But they serve their purpose only when they’re regularly validated and updated based on research, actually provide relevant insights about users’ needs and behaviors, and most importantly, evoke empathy.

However, having worked with a number of design teams over the years, we’ve observed that personas are often under utilized and, thus, ineffective. The user awareness they bring to many designers and teams is as shallow as a puddle.

Designers may extensively use Joe, their favorite persona, in communicating and justifying their design decisions. For example, they may say, “We think placing the Search button right here is a good idea because Joe may need it for blah blah blah…,” while in reality, they hardly relate to Joe and, deep down, couldn’t care less about him.

Why don’t they connect with Joe? Perhaps because they’ve inherited this persona from a separate team of UX researchers—or, worse, the Marketing team. So their Joe may have been born out of a process that didn’t involve them. To them, he’s just a generic headshot from a free, online photo gallery on an 8x11 printout that’s pinned to a wall. Some bullet points accompany the photo, but just like the photo, their meaning has faded—both on the wall and in the minds of the designers—over a frenetic period of meeting stiff deadlines and creating an almost insurmountable number of deliverables.

The whole point behind Joe has been lost. After all, it’s hard to empathize with some fictitious character someone has concocted out of some obscure research. With our frantic pace of work and life, when it’s hard to truly relate to living, walking, talking people, how does one conjure up empathy for a stock photo on a wall?

The biggest downside of personas is not that they’re putting a bunch of expensive research to such scant use. It’s that designers often start to feel a false sense of safety in the belief that they’re somehow connected to their users via Joe, when really they aren’t! It is so much more convenient to justify design decisions—good or bad—by pinning them on Joe or on their superficial understanding of Joe’s needs.

It’s time to revisit how we create and use personas—and make them more real and relatable to designers.

As the UX research and design practice has evolved over many years, we’ve made a substantial leap from the genius designer—or development-centric approaches—to user-focused approaches. For many of these years, personas have been popular tools for bringing designers closer to users. Now, as we continue our effort to improve our methods and tools, perhaps it’s time to revisit how we create and use personas—and make them more real and relatable to designers.

Some of the approaches we’ll suggest here may have varying degrees of practicality or feasibility for a particular UX team—depending on their organizational setup and human and financial resources. However, the idea here is to encourage a dialogue about ways to realize the full potential of personas—or maybe even move beyond them.

Well, this is an obvious one. If you don’t do this already, start involving designers in some persona-related research. It is alright to occasionally pry them away from their wireframes and involve them as observers or note-takers during contextual interviews and ethnographic research. Face-to-face exposure to real users drives home the fact that personas represent real people. It also instills a sense of proximity to the users and engenders ownership of the personas.

If it isn’t at all possible for designers to work with researchers, make the data-collection and analysis process transparent and inclusive. You can do this by routinely sharing research data with designers and getting them to weigh in and provide feedback. It can be an especially good idea to share any visual research artifacts such as photos and video recordings to help designers mentally connect personas to real faces and names.

Using visuals with a voice-over narration or an interview-style format, you can familiarize your audience with a user’s basic personal and professional characteristics.

Create audio or video versions of your personas—for example, a short mockumentary on a particular user. Using visuals with a voice-over narration or an interview-style format, you can familiarize your audience with a user’s basic personal and professional characteristics. Provide context of use by depicting each persona in a relevant setting—for example, home, work, or travel. This gives the team insights into the user’s environment, behaviors, and challenges. Keep it short, but make it convincing.

Videos can be an engaging reminder of who the users are. Arrange to play back the video personas whenever the team is collaborating, creating empathy maps or user-journey maps, or participating in a brainstorming session.

Invite Joe to your design studio—or, at least someone who can pass as Joe.

Get actors to role-play personas. These needn’t be professional actors, but perhaps coworkers from another department who can stick to a script and sound believable. No one can argue that a living, breathing persona would not fare much better than an 8x11, taped-to-the-wall version in being more relatable and memorable to designers.

Give your actors as much background information as possible about each persona. Have them introduce themselves to your team as the character they’re playing, then talk about their goals and aspirations in an easy, informal way. Make this a meet-and-greet, not Q&A session. The actors may not have answers to specific questions. Video recording the role-play session may be helpful for future reference.

Invest in direct partnerships between designers and real users, enabling users to work closely with designers.

Lastly, you should consider reducing an over-reliance on personas by developing an affinity toward real users. Perhaps you could invest in direct partnerships between designers and real users, enabling users to work closely with designers. Have typical users meet and interact with design teams frequently. Or, budget permitting, retain a small sample group of users to be involved at each step and iteration of the design process. Refer to real conversations, quotations, and scenarios in design communications.

We know doing this is easier said than done and carries inherent risks. For one, it’s an expensive proposition, requiring a much bigger effort to pull off. And then, there’s the peril of over-fixation on the users you’ve involved, with a resulting loss of focus on the collective needs of the larger user group. However, you can mitigate this problem through certain checks and balances such as avoiding always validating designs with the same set of users or rotating through different sets of users for different iterations.

As we continue to grow and evolve as UX professionals, we shouldn’t shy away from making some well-thought-out investments and exploring audacious, new possibilities. Such efforts could bring huge paybacks in improving the eventual product.

Yeah, I can’t agree more on what you say. When I speak in one famous school in Paris about UX, they often have a course about theoretical UX design. When I come, they are all like, “We made personas,” but without their being based on real people.

I explain to them that, sometimes, making personas is useless because they’re too much of a cliché. And I show them the example of the redesigned UX and strategy of Fnac.com—#2 in France in ecommerce—telling them that we started from real people, real insights. To reduce multiple millions of users to 10 personas is insane and a bad idea.

Everyone is surprised like, “What ? But they tell us to make personas…”

Have a look at Podorsky’s approach to personas. He’s unifying the approach.

Reply
Atul Handa in reply to comment from Pierre-Eric:

I agree. Ten personas can’t possibly accurately represent a million people, especially when we look at persons as stereotypes—attempting to generalize and capture all relevant traits, challenges, and needs of the entire user population in a few personas. Rather a persona ought to be an archetype—one example out of many users, so we can use it as a reminder that we are designing for someone other than ourselves.

Personas are tools to help us get mentally closer to our users. There are other ways to help us achieve that, including interacting and partnering with real users. We should continue to explore better ways to develop empathy for and affiliation with our users.

UX Instructor and SME at University of Toronto, School of Continuing Studies 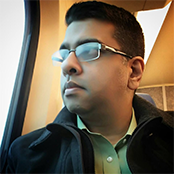 A seasoned UX leader with 18 years of industry experience, Atul has a Master’s in Information Technology and is also a certified UX designer and researcher. His greatest strengths are in product strategy and UX best practices and methods within an agile world. Atul is a big advocate for the application of design-thinking methods to both organizational change and product design and development. He applies his expertise to help organizations bridge business goals and user aspirations, translating complex business ideas into actionable blueprints for Web and mobile products in a variety of domains. Beyond the corporate world, Atul enjoys spending time with his frisky, four-year-old son. When time allows, he likes to get creative with his woodworking skills in his garage.  Read More 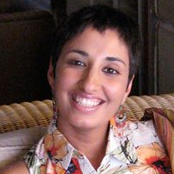 A seasoned content strategist, editor, and writer with more than 15 years of experience, Kanupriya provides communications-strategy leadership that, supporting a user-centric approach, to a diverse array of clients. She oversees projects throughout their entire lifecycle—from research, analysis, content strategy, and design to content creation and testing. She also regularly writes and edits features and columns for leading magazines, newspapers, and Web sites. Kanupriya has a Master’s in Journalism and Mass Communications from Arizona State University.  Read More

Other Articles by Atul Handa

Other Articles on User Modeling