Testing Your Own Designs

A column by Jim Ross
No Comments

Is it really a big mistake to test your own designs, or is some testing better than no testing at all?

There’s an old saying in the field of UX design that you shouldn’t conduct usability testing on your own designs. While this sounds like a good ideal to strive for, is it really practical? In reality, UX designers test their own designs all the time. Often, it’s because they’re the only UX professional available to test the designs. If they don’t do it, it won’t get tested at all. Is it really a big mistake to test your own designs, or is some testing better than no testing at all?

Many have written articles about this topic—including a great column by Paul Sherman on UXmatters from 2009. But, as someone who has experienced all sides of this issue, I think I have a unique perspective to add to this discussion. Through testing my own designs, having other people test my designs, and testing other people’s designs, I have experienced the advantages and disadvantages of each of these situations. In this column, I’ll discuss whether it’s possible to test your own designs effectively and provide tips for UX designers who are either testing their own designs or having other UX professionals test their designs.

Why You Shouldn’t Test Your Own Designs

When the findings don’t point to obvious problems and solutions, you may consciously or unconsciously interpret the findings to confirm your beliefs and dismiss findings that don’t support your design decisions.

First, let’s look at the main reasons people argue that it’s best not to test your own designs.

You Can’t Be Objective About Your Own Designs

The main argument against testing your own designs is that you’re too invested in your own design solutions to be objective. Even if you try to be impartial and are aware of potential bias, it’s very difficult to avoid having biases, which can affect your body language, the questions you ask, and the questions you don’t ask participants. Bias can creep into your analysis and interpretation of the findings. Especially when the findings don’t point to obvious problems and solutions, you may consciously or unconsciously interpret the findings to confirm your beliefs and dismiss findings that don’t support your design decisions.

You Are Too Close to the Design

As the UX designer, you know the design better than anyone else. You are aware of all the requirements, decisions, technical limitations, and trade-offs that went into the design. As a result, you see the design very differently from the average participant encountering it for the first time. Your insider knowledge can make it more difficult for you to see the user’s perspective.

You May Be Under Pressure Not to Find Too Many Problems

Usability testing is … an iterative, learning activity that helps inform design. It’s natural and expected that you’ll find usability problems—and those problems should not reflect poorly on the designer.

The healthiest attitude about usability testing is that it’s an iterative, learning activity that helps inform design. It’s natural and expected that you’ll find usability problems—and those problems should not reflect poorly on the designer.

Unfortunately, not every organization shares this healthy attitude about testing. When an organization sees usability testing as an evaluation of a design and its designer, anything more than minor problems may reflect poorly on the designer. In such an unhealthy atmosphere, designers who are testing their own designs have a strong incentive not to find many problems. This is especially true when the first usability study occurs later in the design process, because finding major problems at a late stage can result in major project delays.

Other People May Perceive a Conflict of Interest

Even if an organization has a healthy attitude about usability testing and the designer makes a great effort to be impartial, other people may still perceive a conflict of interest. They can use this concern as a reason to dispute any of your findings and recommendations with which they don’t agree.

You May Be Too Busy to Do Both Design and Testing

Dividing the design and testing work between two employees … is more efficient, lets you complete usability studies more quickly, and shortens the overall length of the development cycle.

While it may seem that hiring generalists who can both design and test their own designs will save the organization money, that’s a lot of work for one person. Often, a designer is too busy designing and creating prototypes to take the time to plan the testing, recruit participants, run the test sessions, and analyze the data. Dividing the design and testing work between two employees enables them to perform these activities simultaneously. This is more efficient, lets you complete usability studies more quickly, and shortens the overall length of the development cycle.

Participants are often uncomfortable providing critical or negative feedback directly to the person who created a design. Instead, they may try to be polite and soft-pedal their criticism. Whenever I test something I didn’t design, I make a big point of saying, “I didn’t design this myself. I’ve been asked to get people’s feedback. So you won’t offend me or hurt my feelings if you criticize it.” Participants usually laugh at that point and feel freer to provide their honest opinions. But, when I am the designer, testing my own design, I can’t honestly say that.

Why You Should Test Your Own Designs

As the designer, no one knows your design better than you. … You know all about the design decisions, questions, objections, and trade-offs that got you to this point in the design process.

You Know the Design Better Than Anyone Else

As the designer, no one knows your design better than you. If you’ve done stakeholder and user research, you’re the person who is most intimately familiar with the business and user requirements. You know all about the design decisions, questions, objections, and trade-offs that got you to this point in the design process. So you’re the most logical person to plan the usability testing so you can ensure that it focuses on answering the most important questions.

You Know the Prototype Better Than Anyone Else

As the person who created the prototype, you know which links, buttons, and other interactive elements are active and which are not. You know where the dead ends are, and if something unusual were to happen during a test session, you’d know best how to get the participant back on track. If a prototype element is inactive, you can describe to the participant how it would normally work. If you need to fix a problem with the prototype, you may be able to do that quickly between sessions.

You Can Learn Firsthand from the Testing

With a deeper understanding of the findings, you’ll be able to make better decisions about which elements of the design to change.

The UX designer is the person for whom it’s most important to understand the test findings. So what better way to ensure you get that understanding than to facilitate and observe the testing firsthand? Yes, the designer could simply observe the testing. However, facilitating the testing requires more active attention to and interaction with participants than just passively observing. Plus, it lets you ask pertinent questions in the moment. With a deeper understanding of the findings, you’ll be able to make better decisions about which elements of the design to change.

You May Be the Most Qualified Person to Do the Testing

Some people are equally skilled in research and design and enjoy doing both. When you’ve already conducted user research and created the design, it can be difficult to give over the usability testing to someone else. You care the most about the design, so you may be the best informed and most motivated person to test it.

Even if you think it’s ideal to have a different person test your design, that’s not always feasible. When a company doesn’t have usability-testing specialists, a common alternative is to have another designer conduct the testing—a designer who is not working on the project. But for busy design teams, even that is not always possible. So, when there’s no one else available to do the testing, it’s certainly preferable for UX designers to test their own designs than it would be to skip usability testing altogether.

Remind your client and the project team that usability testing is a learning process. The goal is to find problems and answer questions about the design.

When You’re Testing Your Own Designs

When you have to test your own designs, here are some tips to avoid the problems I described earlier:

When You’re Not Testing Your Design

Work closely with the user researcher during any research activities—throughout the design process and during usability testing.

If someone else is going to be testing your design, the following are some tips on making the most out of the situation:

The ideal situation is to have both a user researcher and a designer working closely together on a project, collaborating on the user research, the design, and the usability testing.

In my opinion, the ideal situation is to have both a user researcher and a designer working closely together on a project, collaborating on the user research, the design, and the usability testing. Of course, that’s not always possible. So, if you must test your own designs, you can minimize any potential problems by following the advice I’ve detailed in this column. 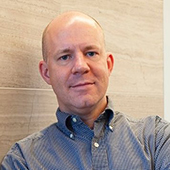