The Crucial Role of UX in the Design of Software Robots

Our guiding principle should always be: When we, as humans, use a product, we should not have to adapt to the technology. Instead, technology should adapt to us.

At networking and business events, I often get asked about where I think user experience is going. A common theme that has emerged during these conversations is the sense that some of the latest trends in software—such as robotic process automation (RPA) and artificial intelligence—may do away with the need for UX design. While I understand the overarching fear of this perceived threat to UX designers’ livelihood, I find this very human fear ironic given what the worry is about. People often fear what they don’t quite understand and, certainly, the general hoopla about robots taking over human’s jobs breeds much fear and misunderstanding.

However, our guiding principle should always be: When we, as humans, use a product, we should not have to adapt to the technology. Instead, technology should adapt to us. A product that does this successfully is well designed. To create such well-crafted experiences, companies will need UX designers more than ever. Good design does not just happen. In actuality, the introduction of a new technology has no bearing on the validity and continued value of a mature design process.

What Is Robotic Process Automation?

[A] higher level of design maturity … is empowering UX designers to embrace the creation of software robots to perform the labor-intensive processes that suck up so much of a user’s time and soul.

After many years of struggle on the part of UX designers, the concept that a person’s experience of using a product is as important as the product design itself is finally becoming table stakes within the enterprise business world. In fact, it is this higher level of design maturity that is empowering UX designers to embrace the creation of software robots to perform the labor-intensive processes that suck up so much of a user’s time and soul.

Robotic process automation (RPA) is the application of technology to high-volume, repetitive tasks. When tasks encompass multiple digital systems, process transactions, or the manipulation of data, using a software robot to perform these tasks leads to increased efficiency and accuracy and reduces cycle time. Some examples of the types of tasks that are prime candidates for RPA include the following:

This list could go on, but basically, what these tasks have in common is that they occur in high volume, are repetitious in nature, and are rule based. That last characteristic is very important because being rule based allows a software robot to be successful in consistently executing a task accurately.

Another attribute of all these tasks is that they are rather boring for human beings to perform constantly. Most employees don’t think executing such boring tasks is the best of use of their time. Simply visit a call center or a high-volume data center, and you’ll see overwhelming amounts of frustration about the rote nature of many tasks.

Plus, to be frank, designing user interfaces for such tasks is not the greatest challenge for a UX designer. Designing forms or repetitive screens and processes is not exactly why most designers got into the industry. Cutting a screen down from ten fields to five or making a user interface easy to use is pretty meaningless unless we also improve the underlying process. So designers don’t get a lot of value out of that kind of design work either.

We should look at software robots as technology that we’re designing to support the work of human beings.

Nevertheless, such facilities provide much-needed jobs—adding economic stability to society—so we should not negate their value. This is why it is critical that we do not characterize the use of RPA or artificial intelligence as technology that reduces human work or, at worst, whose intended purpose is to harm humans. Instead, we should look at software robots as technology that we’re designing to support the work of human beings. Software robots can help users to do their work more efficiently and, in many cases, more accurately than they could by themselves. A well-designed, well-executed software robot frees up a user to do more challenging things and, thus, adds business value.

Where Does UX Come into Play?

Earlier, I described a well-designed software robot. Good design does not just happen. A UX designer needs to design the robot well. If the users of such robots do not have a smooth experience when operating them, they’ll consider the execution of the automated task a failure. To begin with, if a task is not well suited to the use of RPA, the robot will be set up for failure. UX designers must identify the right tasks to automate, create a natural way of automating them, and provide a seamless user experience. This speaks to the heart of design thinking and is what most designers have been trained to do. Designing robots requires that we look beyond form or component design and instead focus on gaining a deeper understanding of human behaviors and actions, as well as the concerns of individuals, groups, and the business. A robotics UX designer essentially designs human-support systems that increase the efficiency of users and reduce their work’s cycle time.

UX designers must identify the right tasks to automate, create a natural way of automating them, and provide a seamless user experience.

As is the case for most new technologies, the design process remains fundamentally the same for software robots: research, prototype, and test—repeating these steps early and often, in both parallel and nonlinear tracks.

Research is one area that derives great benefit from a UX design approach. New technology tends to breed the belief that we have a magic bullet to solve all business ills. However, this is simply not the case. We need to do research to prove that simply deploying a software robot to execute a task does not automatically translate into a cost or effort savings for the business. Which processes are mature and stable enough for RPA? What business goals do we want to achieve by automating a process? Does automating a process allow other people within the organization to better apply their skills? The answers to all of these questions and more provide great examples of opportunities for user and task research to come into play. They also highlight the importance of engaging UX design resources.

A great deal of trial and testing is necessary before deciding upon the final automation process. We, as UX designers, need to come up with potential design solutions, then test them to see which solution fits best, and finally, feed our learnings back into the design to ensure that the user experience is what users both need and expect.

We need to do research to prove that simply deploying a software robot to execute a task does not automatically translate into a cost or effort savings for the business.

The UX designer has a critical role to play within the larger business—regardless of whether RPA is a factor. Trying to push back against the adoption of RPA or artificial intelligence won’t get UX designers very far because of the demonstrable value of these technologies to the business. So, instead of fearing the development of these new technologies, we need to champion them and embrace the many ways in which we can use them. By doing this and internalizing the fact that there is a deep need for UX design expertise in creating such software solutions, we will be in a much better position to influence and shape their successful adoption. 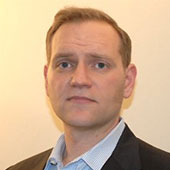 Other Articles on Artificial Intelligence Design