The criteria that I’ve used in selecting these articles derive from my six keys to applying in-depth research and analysis to achieve better outcomes….

In my recent article “Applying In-Depth Research and Analysis to Achieve Better Outcomes,” I emphasized the importance of in-depth research and analysis to maximizing the impact of user research on product strategy and design.

Now, in this article, I’ll review the user-research articles on UXmatters that I’ve found most valuable because of their focus on in-depth, foundational research that is conducted during the early stages of the product-development cycle. I’ve also included some articles that emphasize key principles behind an effective user-research methodology.

I’ve based my assessment of these UXmatters articles on my twenty years of experience applying my research and analysis skills to User Experience and career exploration, as well as on my background in information science, psychology, coaching, personality differences, and relational mastery.

For the purpose of reviewing these user-research articles on UXmatters, I’ve added two more criteria:

Jim Ross, author of the UXmatters column Practical Usability, has written six of the ten articles, which I’ve selected because of his emphasis on foundational and field research. His articles consistently match many of the criteria I’ve listed.

I’ve tried to present these articles in a logical order, so articles build on one another, elaborate on certain facets of other articles, or add nuances to their topics. Therefore, I’ve grouped articles that cover related topics and methods together as much as possible.

Here are the ten user-research articles on UXmatters that I’ve found most valuable:

The Role of Observation in User Research

The article … provides a clear overview of the different methods of observation in user research.

The article “The Role of Observation in User Research,” by Jim Ross, provides a clear overview of the different methods of observation in user research. The author describes how these methods differ depending on location, the amount of participant interaction, proximity to the participants, and participants’ awareness of their being observed, as well as the advantages and disadvantages of each method. This article focuses on naturalistic observation and explains why and how to integrate it more fully into user research.

I found this article especially valuable because of its focus on the following:

Jim Ross describes the research method covert naturalistic observation, which has practical applications in psychology, anthropology, and other social sciences, as well as in UX research.

In his article “Becoming a Spy: Covert Naturalistic Observation,” Jim Ross describes the research method covert naturalistic observation, which has practical applications in psychology, anthropology, and other social sciences, as well as in UX research. Covert naturalistic observation is just one of the observation methods Jim covers in “The Role of Observation in User Research.” This article describes the advantages and disadvantages of this method, explains when to use it in UX research, and provides some tips on conducting this method of research.

I’ve included this article for the following reasons:

This article provides a great example of the effectiveness and the need for the triangulation of many different research methods and sources….

Steven Hoober’s 2017 article “Design for Fingers, Touch, and People, Part 1” provides an update to his popular 2013 article “How Do Users Really Hold Mobile Devices?” In these articles, the author presents the findings of a combined body of research on the ways people hold and interact with their touchscreen devices, describes the implications for design, and provides concrete guidelines on how to design better digital products.

I find value in these two articles for the following reasons:

Jim Ross … offers recommendations and suggestions for minimizing the negative effects of some unnatural aspects of user research, advice on getting more realistic results, and tips for making user research more natural.

I find this article useful because of the following reasons:

The author relies on triangulating a combination of research methods….

In his article “Succeeding with Field Usability Testing and Lean Ethnography,” Steven Hoober describes an effective application of what Jim Ross recommends in his article “User Research Is Unnatural, Part II: Making User Research More Natural”—especially in relation to conducting usability testing in the field and natural observation. He addresses the importance of test design and failing early in the development process. His goal is to identify conceptual, structural, or architectural problems early to make it easy to redesign solutions. Steven describes the research methods that are useful for early design testing, including usability testing of mobile phone apps in the field—inside stores, on street corners, in factories and warehouses, in moving cars, in parking lots, and even in cubicles and offices; testing prototypes, whether paper or digital; and testing early designs in combination with some Lean, ad hoc ethnography. He provides information on logistics as well as good, detailed, practical recommendations regarding setup, when and where to test, procedures, notetaking, and video recording.

I find this article particularly valuable for the following reasons:

Modifying Your Usability Testing Methods to Get Early-Stage Design Feedback

This article suggests some simple modifications you can make to your usability studies to obtain some early-stage feedback.

The reality is that UX projects don’t always have adequate time or budget for the foundational research that Jim Ross and many UX researchers advocate. In his 2012 article “Modifying Your Usability Testing Methods to Get Early-Stage Design Feedback,” Michael Hawley suggests making some adjustments during usability testing to gather more foundational, high-level, strategic design input when it is not possible to conduct foundational research such as a contextual inquiry or ethnographic research.

The reasons I find this article valuable are as follows:

Jim Ross lists the types of questions that people—users—have a hard time answering accurately and provides better alternatives for collecting the data we need.

User interviews and self-reported data are integral to most user-research methods because it’s almost impossible to get all the data we need only by observing users performing a task. However, some things are hard for users to predict or infer accurately. In his article “Avoiding Hard-to-Answer Questions in User Interviews,” Jim Ross lists the types of questions that people—users—have a hard time answering accurately and provides better alternatives for collecting the data we need.

I think this is a very useful article for the following reasons:

Strengths and Weaknesses of Quantitative and Qualitative Research

The article … gives a good overview of the strengths and weaknesses of quantitative and qualitative studies and explains the risks of an over-reliance on one or the other in product design.

I find this article useful for the following reasons:

Jim Ross … explains and dispels the ten most common myths and misconceptions about user research.

In the article “10 User Research Myths and Misconceptions,” by Jim Ross, the author explains and dispels the ten most common myths and misconceptions about user research.

I selected this article for the following reasons:

The author presents this method’s advantages and disadvantages…, describes the types of projects for which it is useful, and explains how to conduct participant observations.

In the article “The Role of Observation in User Research,” which appears first in my list of the best user research articles on UXmatters, Jim Ross mentioned the method participant observation, in which researchers actively participate in an activity they are observing. In his article “Participatory Observation,” Jim describes this method, which is commonly used in anthropology and sociology, but not in UX research. The author presents this method’s advantages and disadvantages—including potential biases—describes the types of projects for which it is useful, and explains how to conduct participant observations.

I selected this article because of the following reasons:

Conducting good foundational research in the early stages of the development cycle makes a big difference in designing a digital product or service that achieves the highest levels of usability, usage, and user satisfaction.

The articles I’ve reviewed demonstrate the importance of the following aspects of successful user research:

The science of effective UX research combines many skills, minimizes biases, and optimizes the richness and accuracy of data collection.

I’m glad you found my articles helpful. I’ll check out the other articles you’ve highlighted here. I enjoy reading your UXmatters articles also. 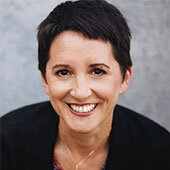 Isabelle has 20 years of experience applying her research and analysis skills to User Experience and career exploration. With a multifaceted education and background in information science, psychology, coaching, personality differences, and relational mastery, she has contributed to innovative approaches in the fields of UX research and career exploration. Isabelle has created a step-by-step approach to career reinvention that goes beyond the limitations of traditional career counseling and has helped hundreds of people find fulfilling careers. Currently based in the San Francisco Bay Area, she has lived and worked in France, Switzerland, the United Kingdom, and Canada and has conducted several international user-research studies. As a user researcher, she has worked for companies such as Yahoo!, Bell Canada, and the French Speaking University Agency. An engaging speaker, Isabelle has given presentations and workshops for professional associations and conferences such as the IA Summit and at General Assembly. She will be speaking at the Association for Psychological Type International in 2021.  Read More

Other Articles by Isabelle Peyrichoux